These are my people…
Click on the links below to open Family Trees (“pedigree charts”).
Use the menu at top to pull down more genealogy pages.
Members of Ancestry.com can view more HERE. 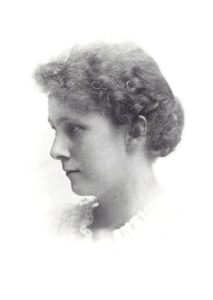 Roger’s paternal grandmother, Martha Beulah Duguid descended from Pilgrims John Howland and Elizabeth Tilley, who were passengers on the Mayflower. This 29-page document goes back 13 generations to her 10th great grandparents, born in the 1460’s and 1470s.  Also see: Lee S. Duguid’s William Duguid Descendants and History in America. 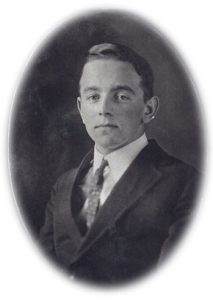 Roger’s paternal grandfather, Clayton was born in Clear Lake, Indiana in 1895. He and Beulah Duguid were married in 1916, and had 10 children. Clayton taught school for awhile, then turned to farming in Branch County, Michigan. The Straw/Stroh family tree can be traced back to Clayton’s 8th grandparents, Michael Stroh and Anstett Junker, born in the 1580s in Germany and Alsace, France.  (Data as of 12/02/2016.) 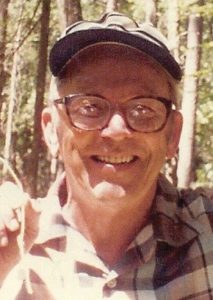 Roger’s dad, Bob Straw was born in Clear Lake, Indiana, and grew up on Clayton’s & Beulah’s Brown Road farm in Branch County, Michigan.  He married D. Irene Fisher in 1940, and they had 5 children, including me!  They both taught school briefly.  Bob served in the Army Air Corps near the end of WWII, and worked for General Motors for many years until his retirement. After Irene passed in 1978, Bob married Marian (VanderMeiden) Van Bemmelen. He had another good 16 years with Marian, and died in 1995. Here’s his Family Tree.  (Data as of 12/02/2016)

Roger’s mom never went by her first name, Dorothy.  She was always Irene. She was born in 1920 along with her twin, Roberta Imogene Fisher, who also went by her middle name, and was usually known as Imo.  Irene and Imo married brothers: Bob and John Straw. Bob and Irene met at Kalamazoo College, and taught briefly. Irene was soon occupied with her 5 children, including me! She developed a rare form of leukemia and passed in 1978 at the young age of 57. This 135-page PDF Family Tree documents 5 generations of Fishers, but goes back 18 generations through other family members to Christopher Lister and Joan Calverley, born in Yorkshire, England in the 1430’s.  (Data as of 12/02/2016)

Materials from my Aunt Virginia, via Dave Nadolsky:

Roger’s wife, sweetheart and life partner Mary Susan was born in Benton Harbor, Michigan in 1945 and grew up on her folks’ farm outside of tiny Baroda, Michigan.  She graduated from Lakeshore High School and Michigan State University, and met me in 1970 at the Chicago Theological Seminary, where she was ordained in 1975. We married in 1971, and served together in a variety of ministries all through the midwest. Our daughter, Susannah was born in Kalamazoo, Michigan in 1979. Mary Susan served as Associate Conference Minister in the Indiana-Kentucky Conference United Church of Christ (UCC) and then on the national staff of the UCC as Executive Director of the Coordinating Center for Women in Church in Society. In 1997, we moved to California, where Mary Susan served for 14 years as Conference Minister for the Northern California Nevada Conference UCC. In her retirement, she wrote a book, That We May All (Finally!) Be One. These days she writes poetry and is active in interfaith organizing efforts for human rights in the Philippines.  We make our home in beautiful Benicia, California. The Gasts and Pihulics immigrated to the U.S. in the late 1800s, and we have a lot to learn about their ancestry.  The Gast/Pihulic Family Tree is only 5 pages, and goes back only to Mary Susan’s great grandparents. (Data as of 12/02/2016)

You’ve seen all this above, only here I’ve started it all off with me, going back 14 generations. I was born in Grand Rapids, Michigan, a middle child of 5.  I graduated from South High School in G.R. in 1966, then Michigan State University in 1970. After college, I went to the Chicago Theological Seminary where I met Mary Susan – and the rest is history. I served in campus ministry and local church ministry, and served as a teacher’s aide in an Indianapolis elementary school for a few years. I retired from active ministry in 2005 and turned to local political activism, helping elect our Mayor three times, our County Supervisor once, and Benicia City Council member Steve Young once. I taught myself to design and maintain websites, and helped organize on local issues with my online presence at The Benicia Independent. I am especially proud to have played a major role in defeating our local refinery’s proposal to bring in crude oil on trains – see SafeBenicia.org and my Crude-By-Rail pages on the Benicia Independent.