JUNE 6, 2016 – This is a page of interesting resources on recent volcano activity and earthquakes on the Big Island of Hawaii.  I’m fascinated with the geology, and heartbroken for the people, animals and land…  The earth is ALIVE!

Here’s a live view of the crater – keep watching – you may just catch a big blow!
(Black screen? Note the time in Hawaii at top left – dark at night.)

The really BIG story is downslope from the crater along a 30-mile stretch known as the East Rift Zone.  Since May 4, huge cracks in the earth – fissures – have blown fountains of molten rock over 200 feet into the air and pushed rivers of lava across farms and neighorhoods all the way to the sea.  Estimates of homes lost range from 200 to 500 as of this writing.

Here’s a video of a USGS Unoccupied Aircraft Systems (UAS) nighttime overflight of the lava flow taken on June 29:

(Shared on YouTube by KHON2 News. Original USGS video is here.)
The USGS Unoccupied Aircraft Systems (UAS) team conducted a flight on Kīlauea Volcano’s lower East Rift Zone to collect video in the upper lava channel of fissure 8. When it is dark the incandescence (glow) of lava is easy to see against the darkened surroundings. Overnight UAS missions are the most efficient way for geologists to observe the lava channel to identify overflows and breaches of the channel. Scientists also use the video to assess lava flow velocities, which are measured by tracking surface features in the stationary video view. Using UAS for this type of investigation has many advantages because the aircraft can hover above hazardous areas and it utilizes stabilized gimbals and mounts so that the video captured by onboard HD cameras is steady and smooth.

This 1 ½ minute video shows the towering fountain of fire and lava flows on June 3:

HawaiiNewsNow has video from an incredible helicopter night flight, a 46-seconds by Richard Hara: Fissure 8 continues to erupt, spewing fountains as high as 230 feet into the air. (Sorry about the ads.) 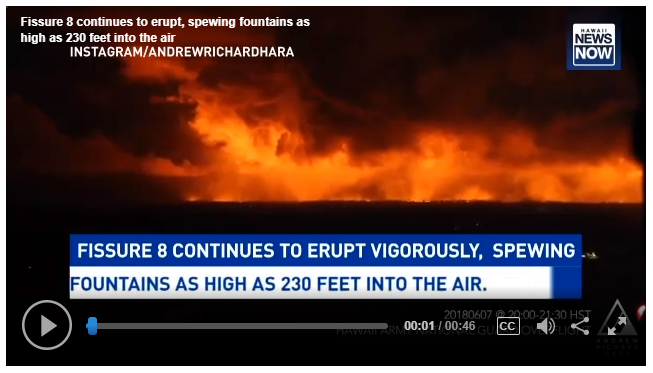 Really sad loss of just about everything in Kapoho and Vacationland – http://www.hawaiinewsnow.com/story/38344763/its-saddening-massive-river-of-lava-wipes-out-hundreds-of-homes 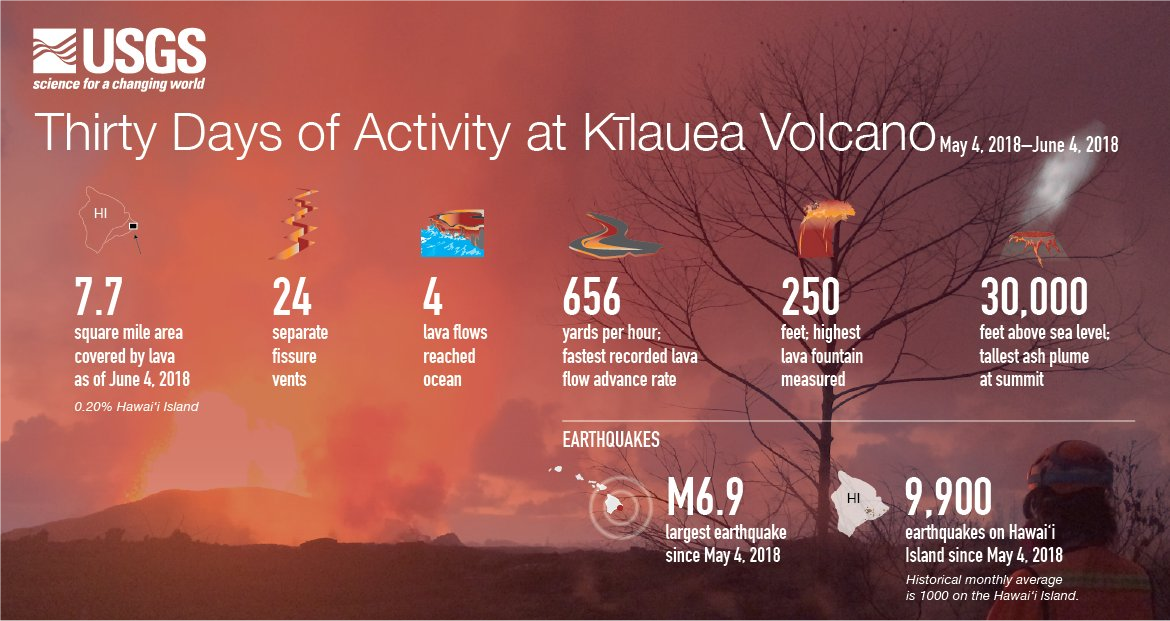 HawaiiNewsNow also has a powerful and touching 24 minute digital documentary, “Pele’s Path: The People of Puna, by Ian Scheuring, Digital Executive Producer, HawaiiNewsNow.  The video starts with “the sound of new earth being born.”  (Sorry about the ads.) 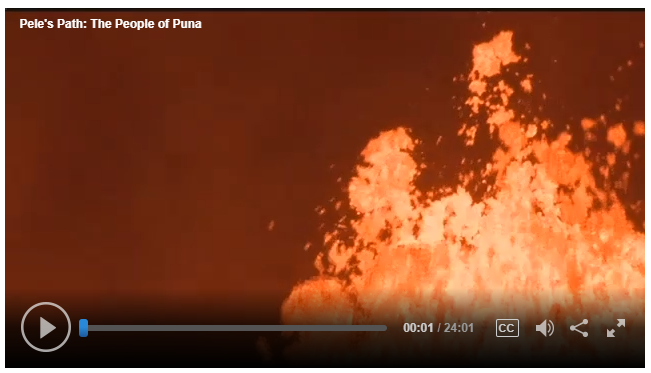